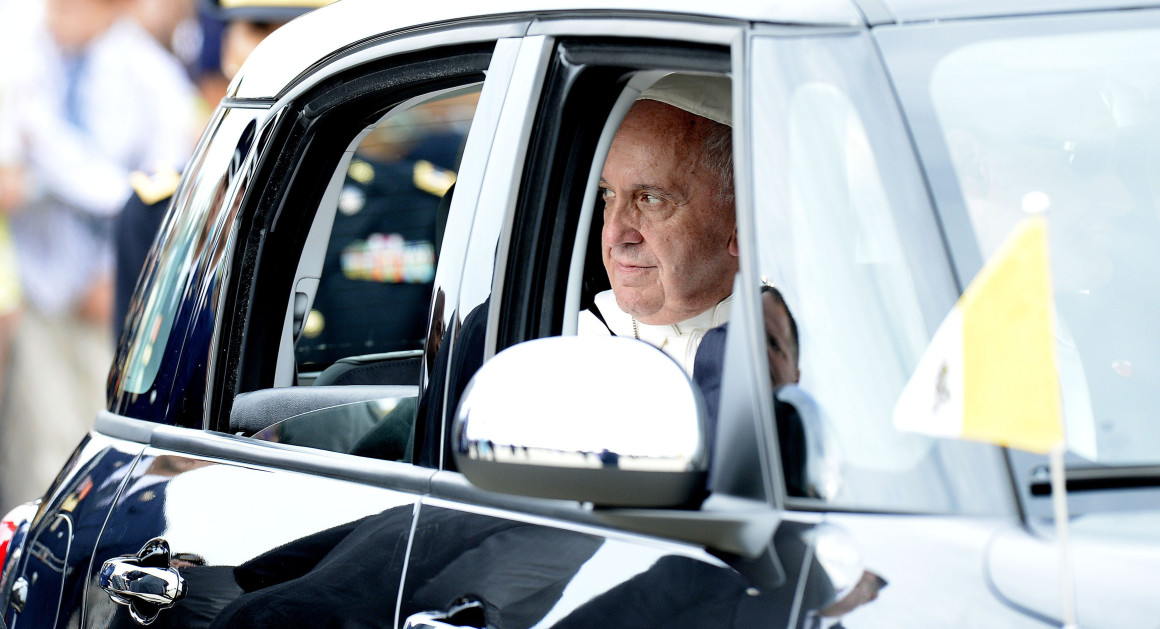 The arrival of Pope Francis in Washington this week marks a momentous — and deeply personal — occasion for Latino Catholics, who have seen the influence of the first Latino pope extend far beyond members of the church.

“In general, he’s moving the public in such a way that he’ll get his way on a number of issues,” said Rep. Jose Serrano (D-N.Y.), who is Catholic.

For Latino lawmakers, however, Francis’ words resonate the most on the issue of immigration. And after losing their best shot at immigration reform in a generation, advocates are latching onto Francis’s historic visit to jolt the rhetoric and debate over immigrants that has swerved sharply to the right.

Born in Buenos Aires, Francis is the first leader of the Catholic Church to hail from Latin America and has focused much of his papacy on liberalizing immigration policies and showing compassion for migrants. Religious leaders expect Francis to promote that message during his speech to Congress on Thursday — a theme advocates hope will be a subtle rebuke to the GOP, whose presidential primary has been characterized by a hardline tone and position toward immigration.

“This is the quintessential heavenly pushback to Donald Trump’s foolish statements,” said the Rev. Samuel Rodriguez, the president of the National Hispanic Christian Leadership Conference. “This is God’s response to nativism and xenophobia: A Latino pope at the White House. Praise the Lord.”

Francis began his tour of Washington on Tuesday, with a welcome by President Barack Obama at Joint Base Andrews and a formal ceremony at the White House commemorating his visit on Wednesday. He will address a joint meeting of Congress on Thursday and he’s expected to deliver a message that will challenge lawmakers across the political spectrum.

Though Francis could certainly make Democrats uncomfortable by reiterating the views of the Catholic Church on abortion and contraception, he could just as easily push Republicans with progressive stances on not just immigration, but climate change and economic inequality.

Francis has also backed the nuclear accord with Iran that GOP lawmakers have uniformly opposed, and helped broker a landmark deal last December that began relaxing relations between the United States and Cuba after nearly five decades.

“He is an important spiritual leader in the world, calling for greater compassion for those who are suffering,” Texas Sen. Ted Cruz, who is running for the GOP presidential nomination, said Tuesday. “That is a message that everyone should heed.”

When asked about the pope’s stances on climate change and immigration, Cruz declined to comment and ducked into an elevator.

But the pope’s presence and his speech will also strike a personal note for many lawmakers, particularly the Latino Catholics such as Rep. Norma Torres (D-Calif.).

The freshman lawmaker said she hadn’t attended mass in years, repelled by the sexual-abuse scandal that rocked the Catholic Church. But since the pontiff assumed his position as the head of the church, his message of redemption and forgiveness – as well as provocative positions on progressive issues – had drawn Torres back to the church pews.

“I had my own crisis with the Catholic Church. It wasn’t until I began to hear Pope Francis address the humanitarian issues around the world that I began to pay back attention,” Torres said in an interview Tuesday. “The fact that Pope Francis has been more moderate and accepting from all walks of life makes me feel that as a woman, I have a place there in church.”

The Congressional Hispanic Caucus began making preparations for the pope’s visit as early as last August, when it wrote to the Vatican praising Francis for his message urging compassion for immigrants, particularly unaccompanied children, from Central America who were arriving in record numbers last year.

The Aug. 21, 2014 letter from the caucus also urged Francis to continue drawing attention to poverty and requested a meeting with the pope during his U.S. visit, “wherever your journey may take you.”

“With such a broad worldwide congregation, and a clear and deeply felt interest in the affairs of all humankind, we would encourage as you plan your trip to the United States, that you continue your leadership and visit some of our communities most in need,” the Latino lawmakers wrote.

“He is the most modern day pope I’ve seen in my lifetime,” said current Congressional Hispanic Caucus Chairwoman Rep. Linda Sanchez (D-Calif.), who is Catholic. “It’s exciting and that’s why there has been a real upsurge in Catholicism and attendance.”

In high anticipation for his visit, immigration advocates have been making their own preparations.