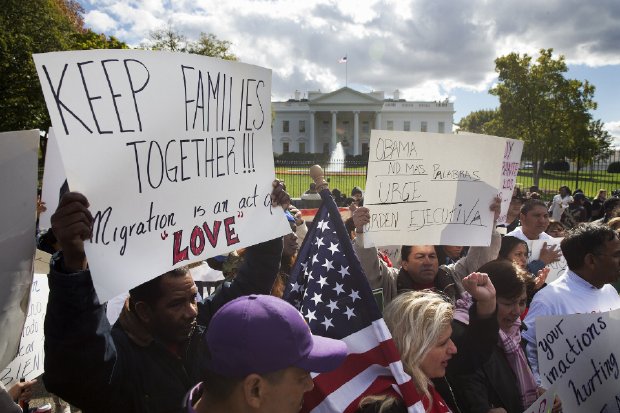 Sen. Jeff Sessions, R-Ala., and other Republicans have proposed new legislation that would explicitly allow state and local authorities to enforce their own immigration laws, as long as they’re consistent with federal law.

The bill is an attempt to enlist the aid of states in efforts to enforce immigration at the border, and remove illegal immigrants that Sessions says are too easily entering and staying in the country.

“It will empower our Immigration and Customs Enforcement officers to actually enforce our immigration laws — protecting the jobs, wages, and well-being of the American people,” Sessions’ office said in a description of the bill. “It will make sure that our immigration policies are carried out — not ignored.”

The bill is named after Michael Davis and Danny Oliver, law enforcement officers who were killed in October by an illegal immigrant with a lengthy criminal background. “Had our nation’s immigration laws been enforced, both of these slain heroes would be with their families today,” Sessions’ office said in a statement describing the bill.The bill also grants states access to the same technology federal authorities have to identify “inadmissible and deportable aliens.” States and localities would be required to alert the Department of Homeland Security when they have information about an illegal immigrant, and would be compensated for making these reports. DHS would then be required to compile this information in a yearly report it delivers to Congress.

Sessions noted that U.S. Immigration and Customs Enforcement was forced to release 76,000 convicted aliens back onto the street over the last two years, and there are now 169,000 criminal illegal immigrants who have “criminal convictions and were formally and lawfully ordered deported,” but remain in the U.S.

His legislation is a companion bill to one offered in the House by Rep. Trey Gowdy, R-S.C., and is cosponsored in the Senate by Sens. Tom Cotton of Arkansas, Jim Inhofe of Oklahoma, David Perdue of Georgia, and David Vitter of Louisiana.

The National ICE Council, which represents more than 7,000 ICE officers, supports the bill, and said it’s needed to combat the “absence of law enforcement” being exhibited by the Obama administration. “The policies simply make it easier for members of criminal street gangs as well as a majority of criminal aliens currently residing in the United States illegally to remain here,” National ICE Council President Chris Crane wrote.