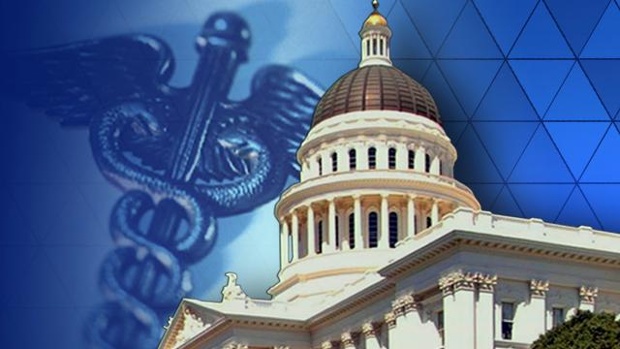 The measure, approved Tuesday by Democrats in the Assembly Health Committee, would extend California’s recent efforts to integrate people living in the country without authorization, even as the Republican presidential primary has given new voice to critics of illegal immigration.

President Barack Obama’s health care overhaul, the Affordable Care Act, created insurance exchanges for every state where people can compare insurance plans and find out whether they qualify for subsidies. They’re only open to citizens and legal immigrants.

Under the proposal by Sen. Ricardo Lara, D-Bell Gardens, California would seek permission from the federal government to offer insurance – but not subsidies – to people who can’t prove they’re in the country legally.

It’s unclear how many immigrants could afford the unsubsidized premiums, which can cost hundreds of dollars per month for basic coverage. Immigrants without legal status can buy the health coverage through an insurance agent. The bill’s supporters say more would likely sign up through the Covered California website, in part because of the millions of dollars in advertising and enrollment assistance the agency funds each year.

Most immigrants living in the U.S. illegally have family members who are citizens or legal residents and would be eligible for coverage from Covered California, Lara said. The bill would be especially beneficial to those “mixed-status” families, who would be able to shop for coverage together online.

“There’s no rational reason, and frankly it’s absurd, to deny anybody the opportunity to buy insurance through our state exchange,” Lara said in an interview. “It’s discriminatory and doesn’t reflect our California values.”

“It’s very disappointing, because there are so many American citizens that need help in our state, and our bills should be focused on our own suffering population of our own citizens – our foster children, our veterans, our homeless,” said Robin Hvidston, executive director of We the People Rising, an activist group based in Claremont that opposes illegal immigration.

SB10 cleared the Assembly Health Committee in a 10-1 vote, with only Democrats supporting it and most Republicans abstaining. It goes next to the Assembly Appropriations Committee.

Lara’s bill is progressing as the state prepares to extend Medi-Cal coverage next month to all children up to age 19, regardless of immigration status, if they qualify based on their family’s income. Medi-Cal is the publicly funded health insurance plan for the poor. The state will cover the entire cost for people who can’t prove legal presence; the federal government pays half the cost for citizens and legal immigrants.