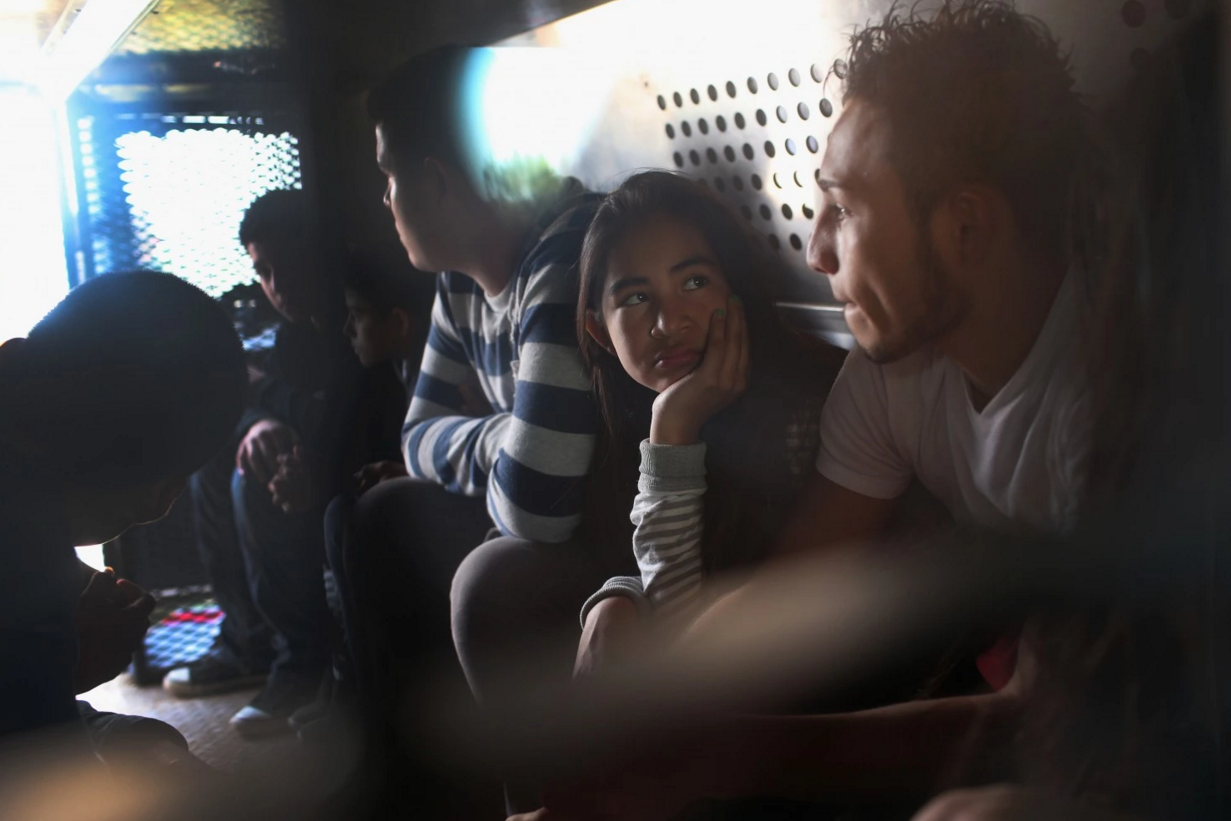 Can a 3-year old represent herself in immigration court?

A senior Justice Department official is arguing that 3- and 4-year-olds can learn immigration law well enough to represent themselves in court, staking out an unconventional position in a growing debate over whether immigrant children facing deportation are entitled to taxpayer-funded attorneys.

Jack H. Weil, a longtime immigration judge who is responsible for training other judges, made the assertion in sworn testimony in a deposition in federal court in Seattle. His comments highlighted the plight of thousands of juveniles who are forced to defend themselves each year in immigration court amid a surge of children from Central America who cross the southwestern U.S. border.

He repeated his claim twice in the deposition, also saying, “I’ve told you I have trained 3-year-olds and 4-year-olds in immigration law,” according to a transcript. “You can do a fair hearing. It’s going to take you a lot of time.”

Legal and child-psychology experts ridiculed Weil’s assertions, noting that key milestones for 3- and 4-year-olds include cooperating with other children, saying simple sentences and building towers of blocks.

“I nearly fell off my chair when I read that deposition,” said Laurence Steinberg, a psychology professor at Temple University who is a witness for the plaintiffs in the Seattle case. “Three- and 4-year-olds do not yet have logical reasoning abilities. It’s preposterous, frankly, to think they could be taught enough about immigration law to be able to represent themselves in court.”

Weil’s deposition came in a case in which the American Civil Liberties Union and immigrant rights groups are seeking to require the government to provide appointed counsel for every indigent child who cannot afford a lawyer in immigration court proceedings.

The Justice Department is contesting the lawsuit.

Weil, in a brief email, said his statements don’t “present an accurate assessment of my views on this topic” and were being “taken out of context.” He said he would need Justice Department permission to speak further and did not respond to subsequent emails.

Lauren Alder Reid, a spokeswoman for the department’s Executive Office for Immigration Review, said in a statement: “At no time has the Department indicated that 3 and 4 year olds are capable of representing themselves. Jack Weil was speaking in a personal capacity and his statements, therefore, do not necessarily represent the views of EOIR or the Department of Justice.”

She added that Weil’s comments “must also be taken in context as part of a 4-hour deposition in which Mr. Weil spoke about various techniques, procedures, and safeguards that can be employed by immigration judges, as warranted, to provide fundamentally fair hearings to all respondents in immigration proceedings.”

And it was the government itself that offered up Weil as an expert witness in the Seattle case, ACLU attorneys said. Justice Department attorneys in January also submitted his deposition in court to support the government’s response to a motion by plaintiffs.

Ahilan Arulanantham, deputy legal director at the ACLU of Southern California and the attorney who questioned Weil in the deposition, said he initially thought the judge had misspoken, “because what he said was so outrageous. As I asked further questions, he obviously meant what he said.”

“This is the person in charge of training immigration judges about how to treat children? And this is the witness the government puts forward to present their views as to how this is supposed to happen? That is horrifying,” Arulanantham said. He added that Weil’s assertions “are going to be a significant issue in the case.”

Unlike in felony criminal cases in federal court, children charged with violating immigration laws have no right to appointed counsel, even though the government is represented by Department of Homeland Security attorneys.

Although a network of pro bono organizations and a Justice Department program try to help children find attorneys — some paid for by the government — many children are forced to fend for themselves. According to Justice Department figures, 42 percent of the more than 20,000 unaccompanied children involved in deportation proceedings completed between July 2014 and late December had no attorney. It is unclear how often children 5 or younger are forced to defend themselves, but attorneys and advocates for immigrants said it does happen.

Senate Minority Leader Harry M. Reid (D-Nev.) and other Democrats this month introduced a bill mandating government-appointed counsel for children in immigration court who had crossed the border alone or are victims of other duress such as abuse, torture or violence. In a Feb. 11 speech on the Senate floor, Reid said he was told about one case in which a 5-year-old girl was brought before an immigration judge.

“This little girl was clutching a doll and was so short she could barely see over the table to the microphone,’’ Reid said. “She was unable to answer any questions that the judge asked her except for the name of her doll: ‘Baby Baby Doll.’ That was the name of her doll.”

At such hearings, children face the same types of immigration charges as adults, ranging from entering the country illegally to overstaying their visas. The children — most of whom cannot speak English and must use government-provided interpreters — are generally asked questions by judges such as when they arrived in the United States and whether they faced persecution in their home countries, according to court documents and immigration attorneys.

But the questions can easily trip up children with no lawyers, the attorneys said. A judge may ask, for example, if the child wants to leave the country voluntarily or would rather be ordered deported. If the child chooses either option, he or she cannot apply for other forms of immigration relief such as asylum in the United States.

In the Seattle case, the ACLU is arguing that failure to provide counsel for indigent children in immigration court violates the U.S. Constitution and federal immigration laws.

The ACLU filed the case in July 2014 — along with the American Immigration Council; the Northwest Immigrant Rights Project; Public Counsel, a public interest law firm; and K&L Gates, a Seattle law firm — on behalf of what are now 14 juvenile plaintiffs in deportation proceedings. Three of the plaintiffs are younger than 5.

The Justice Department, which was sued along with DHS and the Department of Health and Human Services, is disputing the idea that all children are entitled to an attorney. “Nothing in the Constitution requires the taxpayers to provide counsel to minors in immigration court,” Justice Department lawyers said in a 2014 motion. Doing so would cause “potentially enormous taxpayer expense,” they said.

Weil’s deposition, taken Oct. 15 in Washington, covered the training of judges and a variety of other topics, with the judge seeking to explain and defend Justice Department immigration court procedures. “In all of our policies, the overlying concern is due process,” Weil said.

He noted that all defendants, including children, are given an explanation of the charges against them, both in notices to appear in court and by the judge in the courtroom.

Arulanantham then asked Weil: “It must be true that there’s some children that are so young that even if they receive the notice and even if they’re given an explanation by the judge, they’re still not going to understand what’s going on, right?”

“I have to do a case-by-case basis determination,” Weil responded, before declaring that he has taught immigration law to 3- and 4-year-olds.

Elizabeth S. Scott, a Columbia Law School professor considered an expert on children and the law, said, “The law uniformly presumes in every other area that younger children lack the mental capacity to make consequential decisions.”

Susan J. Terrio, a Georgetown University anthropology professor, said she observed hundreds of children in various immigration court proceedings, many of whom couldn’t speak English, for her book “Whose Child Am I? Unaccompanied, Undocumented Children in U.S. Immigration Custody.’’

Some were as young as 10. They “were incredibly passive,” she said. And “they responded with monosyllabic answers.

“It didn’t appear that they understood anything at all,” Terrio said.