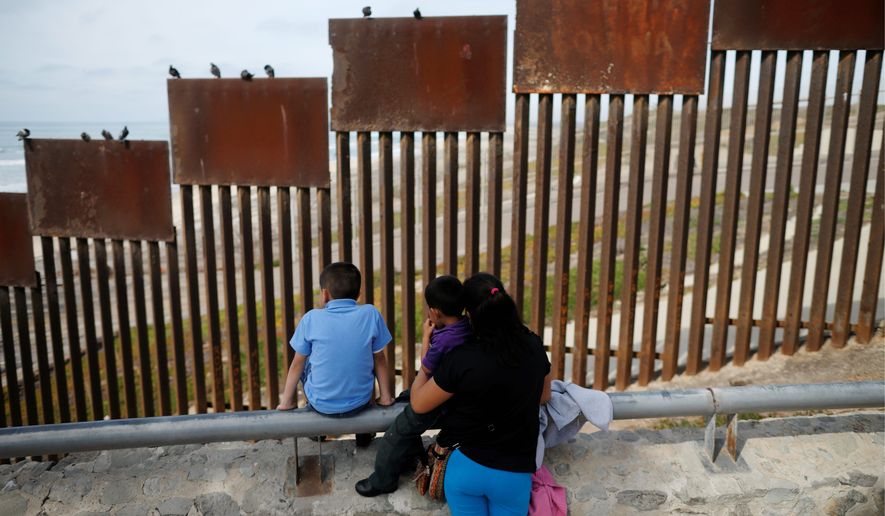 Nearly one out of every 10 illegal immigrants crossing the southwest border is now demanding asylum, using “magic words” to claim they fear their home country, and turning a program intended to be a humanitarian lifeline into a new path for unauthorized migrants to gain a foothold in the U.S.

It’s a major change over just the last five years as lax Obama administration policies entice ever-more migrants to try to exploit the loophole, which the Border Patrol’s chief calls a “fail in policy.”

In 2010, less than 1 percent of those at the border were requesting asylum from the agents or officers who nabbed them. Now it’s 9 percent, according to statistics the Immigration Reform Law Institute pried loose from the government through an open-records request and provided to The Washington Times.

The migrants are being coached by friends and family or smugglers, who collect thousands of dollars per person for their efforts, on the “magic words” to say to get put on the asylum track, border officials say.

“We know that they’re coaching individuals on specifically what to say when they come here, that they just rattle off and they memorize the magic words that they need to say so that they’ll fall within the statute of credible fear,” Border Patrol Chief Mark Morgan told the Senate Homeland Security Committee in a hearing last week.

Central Americans have also caught on, helping feed the surge of children and families straining border operations in Texas.

But the Obama administration, while aware of the loophole, has not suggested any changes.

Asylum is the political protection granted to foreigners who are already in the U.S., or who arrive at its borders. It is distinct from the refugee process, which is for those still living outside the country but who ask for its political protection.

Those showing up at the border who don’t have permission to enter, whether caught by Border Patrol agents or encountered by a CBP officer at an official port of entry, are supposed to be asked a series of questions to figure out if they were being persecuted back home.

If they say they fear being returned, they are put on the asylum track, which involves interviews and hearings to evaluate their claim.

Most of those who are claiming asylum will eventually be rejected, and are supposed to be deported. But because of a 2009 Obama administration policy change, Homeland Security no longer holds them while their cases are proceeding, making it easy for them to disappear into the shadows with other illegal immigrants.

“Since that policy change, as we can see now, the number of these aliens has skyrocketed and the wonderful job our border patrol agents do has been all for naught,” said Dale Wilcox, executive director and general counsel of the IRLI, which pursued the open-records request on behalf of the Federation for American Immigration Reform.

Congressional Republicans say the 2009 policy change runs contrary to the intent of the law. A Trump administration could quickly reverse the policy, which analysts said could go a long way toward stemming the flow.

Mexico’s major drug trafficking cartels, which also control most of the human smuggling routes along the border, have learned how to game the U.S. system, boosting the smugglers’ success rate and enticing new business — and along the way earning more cash for themselves, Mr. Wilcox said.

“This is money and support that they would not be receiving if the Obama administration actually enforced our immigration laws,” he said.

The numbers show just how quickly the cartels have figured things out.

“That’s being exploited,” Chief Morgan told Congress. “It’s been going well beyond the original intent of the purpose of credible fear.”