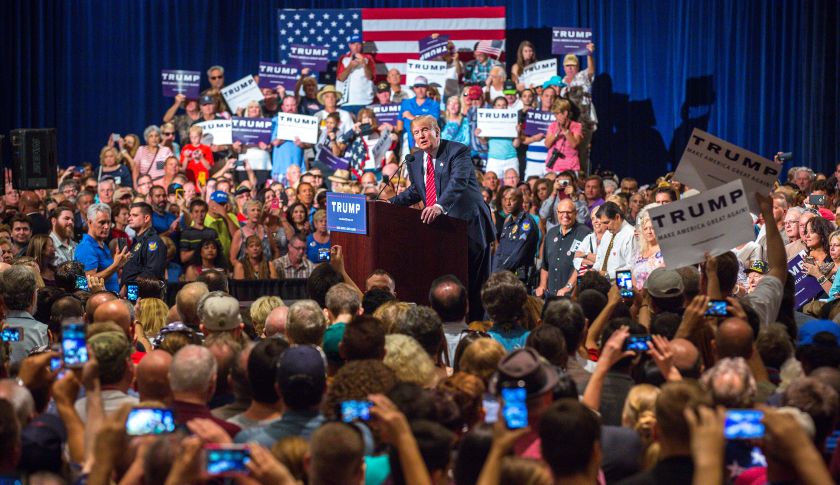 One of the most striking developments in global politics today is the decline of traditional political parties. We’ve seen it in Donald Trump’s stunning successes in the U.S. Republican presidential primaries and in the dramatic gains that Germany’s far-right party made in three recent state legislative elections. Several factors could be driving this, but one common theme is the candidates’ anti-immigrant rhetoric, which highlights the complexities of companies looking to do more business abroad.

To be sure, neither the parallels nor the worries should be exaggerated. Public support for the Alternative for Germany Party still trails far behind that of the more traditional parties, just as Donald Trump’s supporters remain a distinct minority of U.S. voters. But in Germany and the U.S., these minorities are large and increasing. In both countries, increased support has shown up in actual elections, not just opinion polls; voter turnout has been unusually high, and first-time voters have heavily fueled the success of these extremist factions. Perhaps most importantly, the dominant mood of those voters has been an intense, visceral, and sometimes violent rage.

The conventional explanation for this fervor is immigration. In the U.S., Trump has publicly called Mexican immigrants “rapists,” though he allowed that “some, I assume, are good people.” He promises to build a wall along the entire U.S.-Mexico border. He would ban all Muslims from entering the U.S. But what’s most alarming are the tumultuous cheers he receives from huge audiences when he routinely repeats these themes at campaign rallies. By contrast, in Germany, Chancellor Angela Merkel’s pledge to admit 800,000 refugees fleeing for their lives from Syria was both morally commendable and uncommonly courageous. But it has not played well with voters and is most likely the largest single element in the surging popularity of the far-right German parties.

Immigration, of course, is not the only issue on the minds of these voters. Hostility toward globalization generally and trade policies in particular, especially in regions with high levels of unemployment, has also fed these movements (and, to be fair, more progressive movements as well). Moreover, one cannot pigeonhole all supporters of either Donald Trump or the Alternative for Germany. But there is no doubt that in both movements immigration and refugee policies are front and center.

It is easy to see why immigration policy triggers such powerful passions. To varying degrees, people perceive immigration as a debate about national sovereignty, national culture and community, and the balance between national self-interest and moral obligation. In the case of illegal immigration, people often see their nation’s response as a test of its commitment to the rule of law. More concretely, they think about race, religion, language, jobs, wages, taxes, government services, crime, welfare, civil rights, and human rights, family reunification, education, integration, population, the environment, national security, and foreign relations. This is an explosive mix.

Yet there is no one monolithic explanation for anti-immigrant anxieties; different concerns drive different people. Some natives fear that immigrants will compete with them for jobs or lower their wages. Some worry that immigrants will be a fiscal burden on already-strained national and local government budgets. It would be unfair to dismiss all immigration opponents as racists, but equally unrealistic to deny the outsized role that racism, xenophobia, and religious and cultural differences have played for many individuals, both historically and today. Some, perhaps, fear Balkanization – the breakup of a nation’s people into multiple, segregated enclaves.

The sources of animus toward immigrants can also vary by country. While the U.S. has been a country of immigration since its founding, large-scale immigration to Germany is a modern and less familiar phenomenon. Germany is also geographically closer than the U.S. to the terrorism that afflicts the Middle East. And as part of the European Union, Germany is less able to control the entry of third-country nationals from neighboring states.

Germany, of course, was not founded as a country of immigration. Today, however, 13% of its population is foreign-born — approximately the same percentage as in the U.S. Turkish immigrants have encountered particular hostility, and today refugees from North Africa and the Middle East frequently experience the same. Though few will deny the historical contributions of immigrants, a perennial complaint is that today’s immigrants just aren’t of the same caliber as their predecessors. Successive generations of immigrants have all proved their detractors wrong.

If we are patient, they will do so again.

Stephen Legomsky is a law professor at the Washington University School of Law in St. Louis.