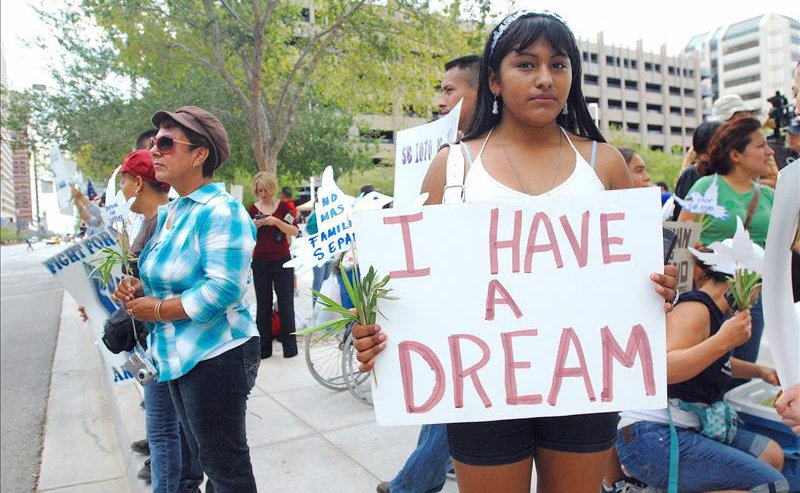 Hundreds Of Mentally Ill Deportees May Seek Return To U.S.

Hundreds of deported migrants with mental illnesses such as schizophrenia, bipolar disorder and major depressive disorder may qualify to return to the U.S.

It’s the result of a settlement finalized in U.S. District Court last week between the American Civil Liberties Union and the U.S. Department of Homeland Security.

Those migrants can apply to have their immigration cases reopened if they represented themselves during their removal proceedings and were detained in the states of California, Arizona or Washington after Nov. 21, 2011.

Bardis Vakili, senior staff attorney at the ACLU of San Diego and Imperial Counties, said the settlement is supposed to offer relief to deported migrants who should have been assigned an immigration attorney.

Migrants facing deportation do not have a guaranteed right to counsel, and more often than not end up representing themselves. But mental illness can interfere with their ability to do so.

“Immigrant detainees are already fighting these battles with one arm tied behind their back,” he said. “And for these particular vulnerable detainees who have severe mental health issues, the fight is nearly impossible.”

The ACLU is in the process of contacting deported migrants who may be eligible, as many as 900 people whose immigration files note some kind of mental health issue.

“I’m very happy to see the courts are recognizing the need to protect this very vulnerable population,” said Matt Holt, a member of the San Diego chapter of the American Immigration Lawyers Association.

“It’s a fundamental legal protection to have due process,” he said, adding that due process requires that a person have representation in court, be it themselves or an attorney. “If the person doesn’t understand the proceedings … then they’re not able to represent themselves.”

He said he hopes the settlement is a step toward securing legal counsel for children facing deportation, whom he argues may be less able to represent themselves than mentally ill adults.

The class-action lawsuit was first filed in 2010 on behalf of two immigrants with mental disabilities, and the settlement extends relief to others deported while the case was unfolding.