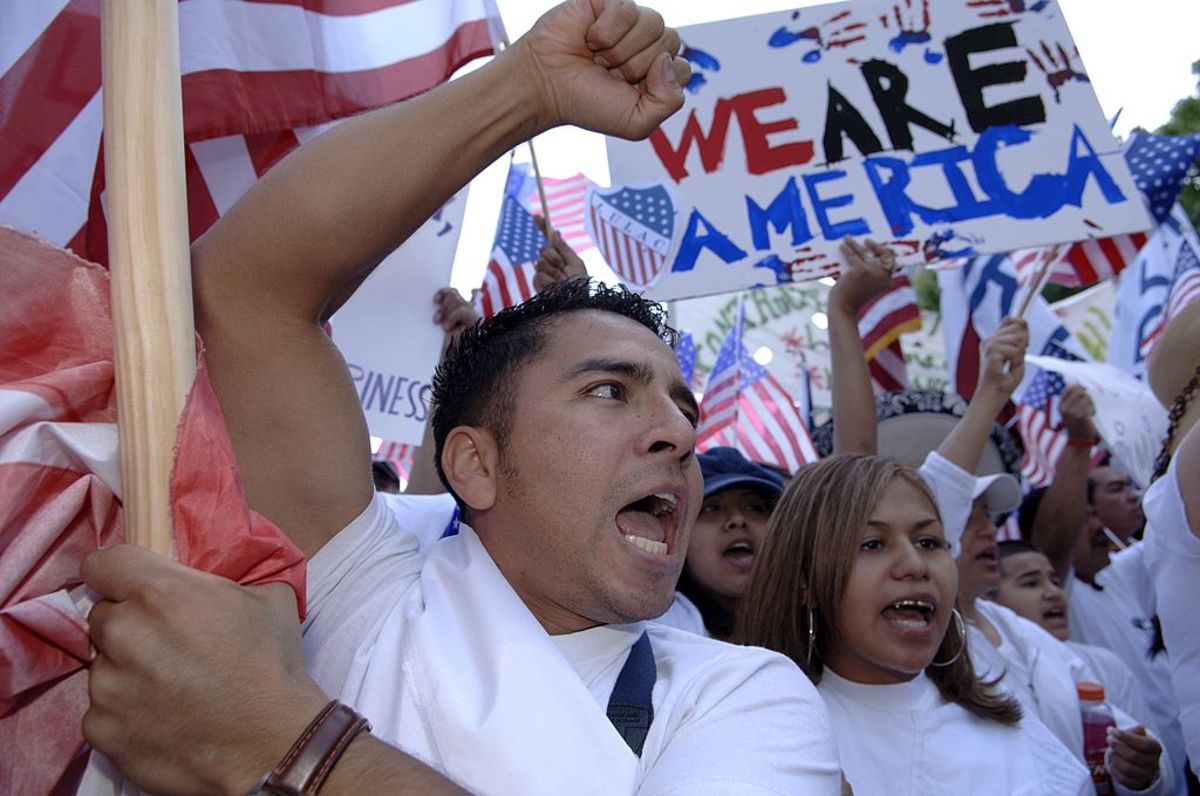 The Real Reason So Many Americans Oppose Immigration

Why do so many Americans oppose immigration, and why has it become a central issue in the presidential campaign? A growing body of research suggests that the answer isn’t economic anxiety, or concerns about public spending, or even general nationalism. It is more specific — and more disturbing.

The question of what drives anti-immigrant sentiment is put in sharp relief by an extensive report released last week by the National Academies of Sciences, Engineering and Medicine. The report finds that immigration has positive effects on economic growth — and doesn’t hurt the employment or wages of native-born workers.

As my Bloomberg View colleague Paula Dwyer wrote, the picture isn’t all rosy: Immigration seems to reduce the number of hours worked by native-born teens, and depress the wages of native-born workers who didn’t finish high school. But the general lesson of the report is that immigration promotes and is even “integral to the nation’s economic growth.” What, then, explains widespread public opposition? Here are four possibilities:

The best available evidence suggests that the final explanation is the closest to correct. Some of that evidence has the advantage of having been compiled well before Donald Trump announced his candidacy for the presidency, and it explains why his proposal to “build a wall” between Mexico and the United States was a political masterstroke.

In 2008, the University of Michigan’s Nicholas Valentino, Ted Brader and Ashley Jardina asked respondents a series of questions about “several groups in society,” asking them to rate their attitude toward blacks, Asians, Hispanics and whites. They asked the same people a series of questions about immigration, such as “How likely is it that immigration will have a negative impact on jobs for American citizens?” Finally, they asked people questions about their economic situation (including household income) and their level of economic anxiety.

Their central finding was that whites’ attitudes toward other groups have a “statistically enormous effect on negative views of the cultural and economic impact of immigration.” Social scientists don’t ordinarily use the word “enormous,” so what we have here is a really dramatic effect: As whites show more negative attitudes toward blacks, Asians and Hispanics, their negative feelings toward immigration skyrocket.

You might not be amazed that nativists would tend not to like members of different racial groups. But there’s a kicker: Once the data are disaggregated, it emerges that essentially all of the movement came from negative attitudes toward Hispanics. Attitudes toward Asians and blacks didn’t correlate with views about immigration.

While negative attitudes toward Hispanics helped explain negative views about immigration, economic anxieties had a much weaker effect. True, people with serious concerns about their own economic situation were more likely to agree that immigration hurts the job prospects of the native-born. At the same time, low-income workers and the unemployed didn’t show more negative feelings about immigration than other groups in the population. “Material interests make only a small contribution to explaining” views on newcomers, the authors concluded.

Those findings are broadly consistent with numerous other studies, including recent ones, which also find that racial, religious and ethnic prejudices predict attitudes toward immigration — and that anti-Latino attitudes are particularly important. (There is a separate question about why those attitudes exist and also about the possibility that some people associate Hispanic immigration with the distinctive problem of illegal immigration. But that’s a subject for another occasion.)

It follows that in highlighting immigration from Mexico, and in calling for a wall, Trump was targeting widespread sentiment. More than that, he was legitimating, activating and even amplifying it. The authors of the 2008 study forecast that phenomenon as well: “Bad news about Latino immigrants, but not immigrants of other groups, causes whites significant anxiety, and this anxiety is critical in triggering opposition to immigration.”

In 2016, of course, Muslim immigration has also become especially prominent in the public eye (and in Trump’s speeches). But it’s not the first time. Valentino and his coauthors find that after the Sept. 11 attacks, there was an upsurge in coverage of Muslim immigrants, corresponding to a period in which negative attitudes about Muslims were correlated with negative attitudes toward immigration. And a study released just last week finds that in Europe, anti-Muslim bias plays a big role in shaping attitudes toward asylum seekers.

An important clarification: I am outlining empirical findings, and none of them means that America’s borders should be opened, or that those who seek to tighten those borders are wrong to emphasize the risks (among others, from those who wish to do us harm); they might be right. And illegal immigration raises its own questions; some people welcome immigrants so long as they are here lawfully.

But some truths turn out to be unpleasant: Anti-immigration sentiment has become widespread, and if you’re looking to explain it, you’d do well to start with hostility to Latinos and to Muslims.

This column does not necessarily reflect the opinion of the editorial board or Bloomberg LP and its owners.

To contact the author of this story:
Cass R Sunstein at csunstein1@bloomberg.net

To contact the editor responsible for this story:
Christopher Flavelle at cflavelle@bloomberg.net