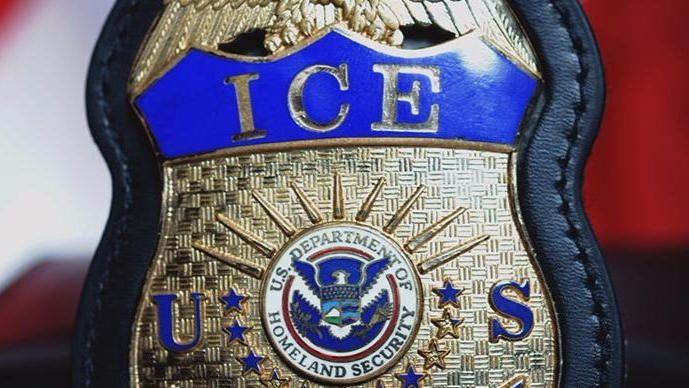 Woman says immigration agent pulled gun on her on freeway

An apparent case of road rage prompted a federal agent to point a gun at a woman as she was driving on north Interstate 15 with her 2-year-old son in the back seat Sunday afternoon, the woman said.

The federal agency said in a Thursday statement that they are “cooperating fully” with the investigation.

“ICE holds its personnel to the highest professional standards and has zero tolerance for employees who violate the public’s trust,” spokeswoman Lauren Mack said.

Felicia Ocampo, 31, said she was on her way home from a camping trip when she noticed a silver Ford Focus coming up fast behind her near Mira Mesa Boulevard.

Both cars were going fast, she said.

“I didn’t know why this guy was messing with me,” she said. “I was going to do anything to get away from him. He was driving erratically. It was like he was trying to harm my car or run me off the road.”

She eventually decided to move over to the slow lane, in the hopes he would pass her by. Instead, he pulled alongside her. She said she rolled down her window, flipped him off and angrily asked what he was doing.

He responded by brandishing a handgun.

“He pointed the gun at me and said, ‘Pull the (expletive) over or I’m going to shoot you,’” the Escondido woman said.

She immediately thought of her son who was sleeping in the back seat. When she looked again at the man, she said he was putting on a black Kevlar vest.

She said there was nothing about the Ford Focus that suggested he was a member of law enforcement, but the vest gave her pause and she decided to pull over near Ted Williams Parkway — about 5 miles from where the incident started.

He quickly pulled up behind her, and when he appeared in her window, she said she let him have it.

“I start to yell, ‘What are you doing? You’re scaring me!’” she said. “My anxiety was really going off. Then he said ‘If you don’t shut your mouth, I’m going to put my gun in it and shut if for you.’”

She said he admonished her for speeding and told her that she was lucky he didn’t detain her.

She became quiet and the man asked her for her driver’s license and proof of insurance. He then walked back to his car. At no point did he identify himself or say what agency he was with, she said.

Ocampo, still unclear what was going on, said she called her mom. She explained what had happened and then said she was going to put the call on speakerphone in case something happened.

When the man returned, his demeanor had changed. He told her “it was her lucky day,” she said, and that the emergency lights in his car weren’t working and he didn’t have a citation book in his car. Then he smiled and apologized.

She said she apologized too and quickly drove off as he walked back to his car. She realized later that he never returned her driver’s license. Her mom called 911 soon after — about 3:30 p.m.

“I’ve been a mess for days,” she said Thursday. “What he did — it’s not right. He should haven’t pulled a gun on me. I didn’t do anything to deserve that.”

CHP Officer Jake Sanchez said it’s too early to say whether charges would be filed. No one has been arrested.

There are occasions in which federal agents may make traffic stops on a highway, Sanchez said. An agent might choose to pull someone over if a driver is endangering other motorists, for example.

But immigration Attorney Matt Holt said California law limits the ability of federal agents in the state to arrest people for violations of California and local laws. And they do not have the capability to write traffic tickets.

He also said case law has established that immigration agents need to have a reasonable suspicion that a violation of an immigration law occurred in order to pull someone over.

“The stop appears to be a Fourth Amendment violation which protects us from these types of investigatory stops,” Holt said.

The federal agency refused to answer questions about when agents are able to make traffic stops.

“As a matter of policy, we don’t provide additional information that could potentially impede or impugn an ongoing investigation,” Mack said.